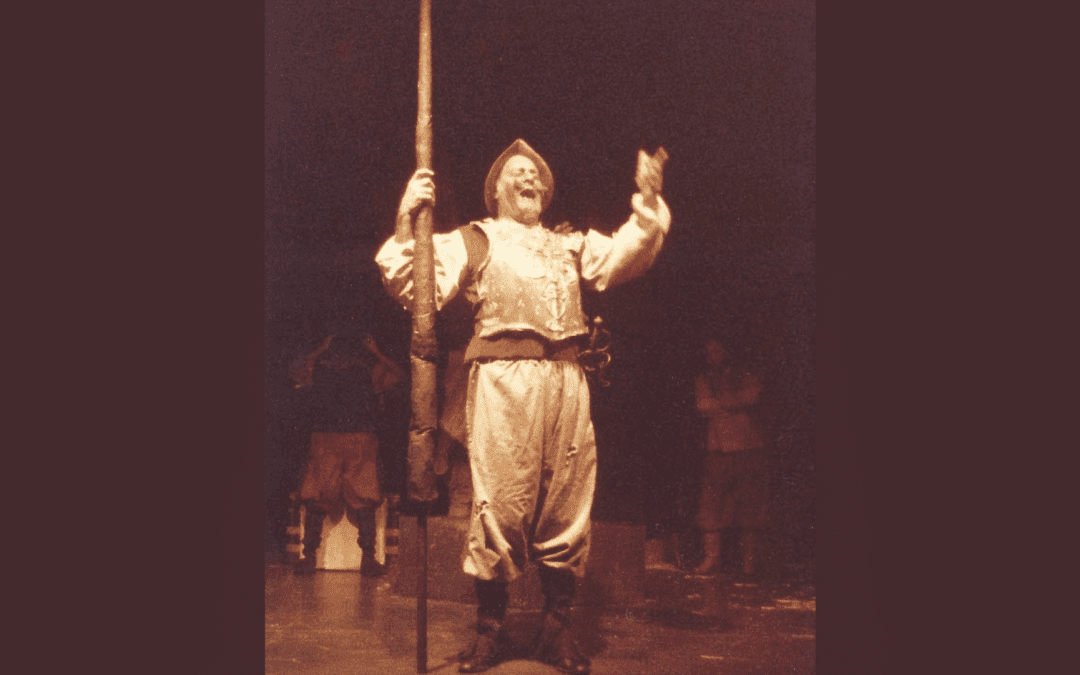 In the past few years the term “weaponizing” has been getting used a lot. The term weaponizing came up for me in reflecting on my childhood. My daughter is now at the same age when I moved in with my Dad and I am pondering my experiences of those years again. It’s like looking into a rearview mirror. When you’re living through something, you never have the same perspective you have on it as you do once it’s past

My Dad died 25+ years ago. He was not an agreeable guy. He was hard to get along with. As a singer with a booming baritone voice, he did a lot of  musical theater (which he loved), but he also used it to get acknowledgment for himself. Everyone wants to be seen, or heard somehow.

In short, he weaponized his voice as a tool used to embarrass me as a tween and teenager. He sang in public as a tool to embarrass and tease me. It made me feel ashamed to be with someone who chose to use his talent in this way. His gorgeous voice that attracted many women to him was something that created a sense of dread and anguish for me.

To be fair, some of this was amplified by who I was in those years of my life. After all, what young adult isn’t embarrassed by the ways their parents act, right? It’s common. To make it worse, he would layer on the acting skills acting drunk or belligerent to call attention to himself. But as I traversed my teenage years, I got smarter. I also had a voice and could make sounds with the same strength he had. I also had a great ear for accents and speech.

Sometime around age 15, I discovered something to weaponize back at him and I’ll never forget the moment I found it. At some random time in some teenage year, my tongue tripped into an explosive zaghareet. By launching a loud, high pitched ululation at my Dad, I bested him. Not only was I louder than him, but I totally beat him at his own volume and boom game. The moment it happened was not in public, but I remember vividly how unhappy he was when I got back in his face and…let it rip. It felt great for me- take that asshole! Go ahead, let’s have a lungs contest and see who can hold it out longer.

Here is the sound of my zaghareet years later, and with maturity years of bellydance training and work to support it. I used to use this sound especiallly at dance festivals to announce myself and  support my fellow dancers onstage. When they heard it, they’d know I was there cheering them on:

I started to zaghareet regularly to express my displeasure- though mostly at home. Growing up blue collar in Pittsburgh, my Dad’s home was a place with a lot of yelling, and he passed that environment on with little awareness of the anxiety it created–to me and my Mom. Ironically, Dad was part of the Silent generation. The term is new to me too, but they do have a term! No doubt, the fact that his half Jewish (from his side) daughter was making an Arabic/world sound in his general male-dominance direction may have also been part of his anger.

As recently as 2020, America has also been introduced to the zaghareet. At the Super Bowl, Shakira made the sound of the zaghrouta. I loved it and of course, that Shakira is part Lebanese is a shock to some. But the zagarheet can express many things:  joy, enthusiasm, or mourning.

Maybe that is why I can’t manage to spell it consistently just in this one post! The zaghareet originated in lands to the east of Italy and dates back to the sixteenth century or earlier.

When we use our voices to express emotion, words aren’t a given. Sometimes sounds are better and more moving. Certainly notes engage the emotional brain which is more powerful than the logical brain. How has sound impacted your life in joy? Despair? Pleasure? What can you recall now, years later?

Like the longform, “memoirlicious” kinda’ stuff like this post? I do too, but it can not be all you find here. Don’t deny yourself the full signature Agile Vocalist blend, subscribe to hear about new stuff in your email.

My apologies to all the marketers and product owners who use the word “signature” to mean proprietary and awesome. I was kind of teasing you because I know what it’s like to be you!